Regardless of experience level, the Dynamo platform is designed for all users to be contributors. There are several development options that target different abilities and skill levels, each with its strengths and weaknesses depending on the goal. Below we will outline the different options and how to choose one over another.

What are my options?

Development options for Dynamo fall primarily into two categories: for Dynamo versus in Dynamo. The two categories can be thought about as; "in" Dynamo implies content that is created using the Dynamo IDE to be used in Dynamo, and "for" Dynamo implies using external tools to create content to be imported into Dynamo to be used. Though this guide is focused on development for Dynamo, resources for all processes are described below.

These nodes allow for the highest degree of customization. Many packages are built with this method, and it is necessary for contributing to Dynamo's source. The process of building them will be covered in this guide.

The Primer has a guide on importing Zero-Touch libraries.

For the discussion below Visual Studio is used as the development environment for Zero-Touch and NodeModel nodes. 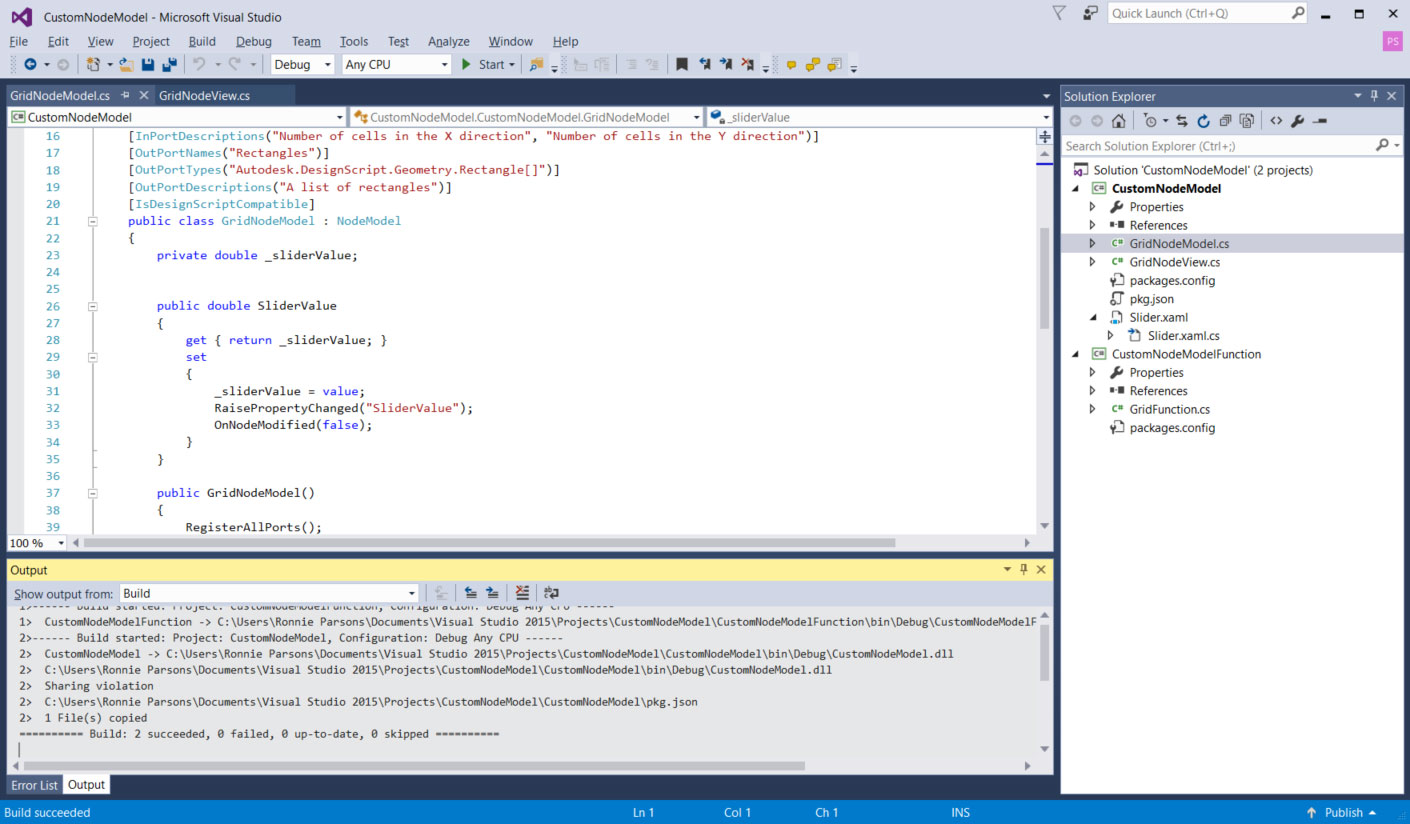 Though these processes exist in the visual programming workspace and are relatively straight forward, they are all viable options for customizing Dynamo. The Primer covers these extensively and provides scripting tips and best practices in the Scripting Strategies chapter.

Developing in the Dynamo workspace is a powerful tool for getting immediate feedback. 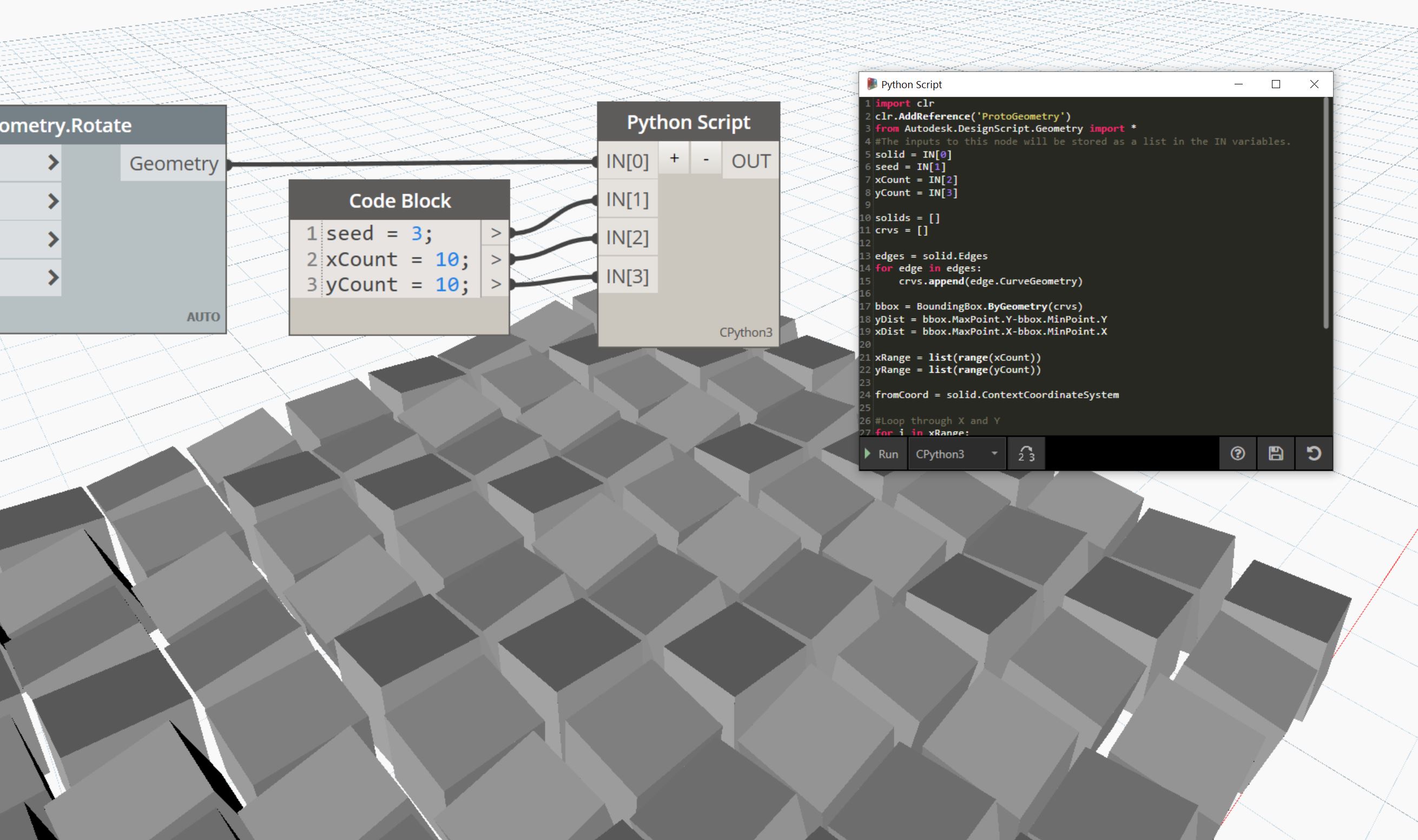 Developing in the Dynamo workspace with the Python Node

What are the advantages/disadvantages of each?

Development options for Dynamo have been designed to address the complexity of a customization need. Whether the goal is to write a recursive script in Python or build an entirely custom node UI, there are options for implementing code that involve only what's necessary to get up and running.

Code Blocks, the Python Node and Custom Nodes in Dynamo

With these methods we can:

Zero-Touch refers to a simple point-and-click method for importing C# libraries. Dynamo will read the public methods of a .dll and convert them to Dynamo nodes. You can use Zero-Touch to develop your own custom nodes and packages.

With this method we can:

These nodes are a step deeper into the structure of Dynamo. They are based on the NodeModel class and written in C#. While this method provides the most flexibility and power, most aspects of the node have to be explicitly defined and functions need to live in a separate assembly.

With this method we can:

Since Dynamo is being regularly updated, changes might be made to part of the API that a package uses. Tracking these changes is important to ensure that existing packages continue to work properly.

API changes are tracked on the Dynamo Github Wiki. This covers changes to DynamoCore, Libraries, and Workspaces. 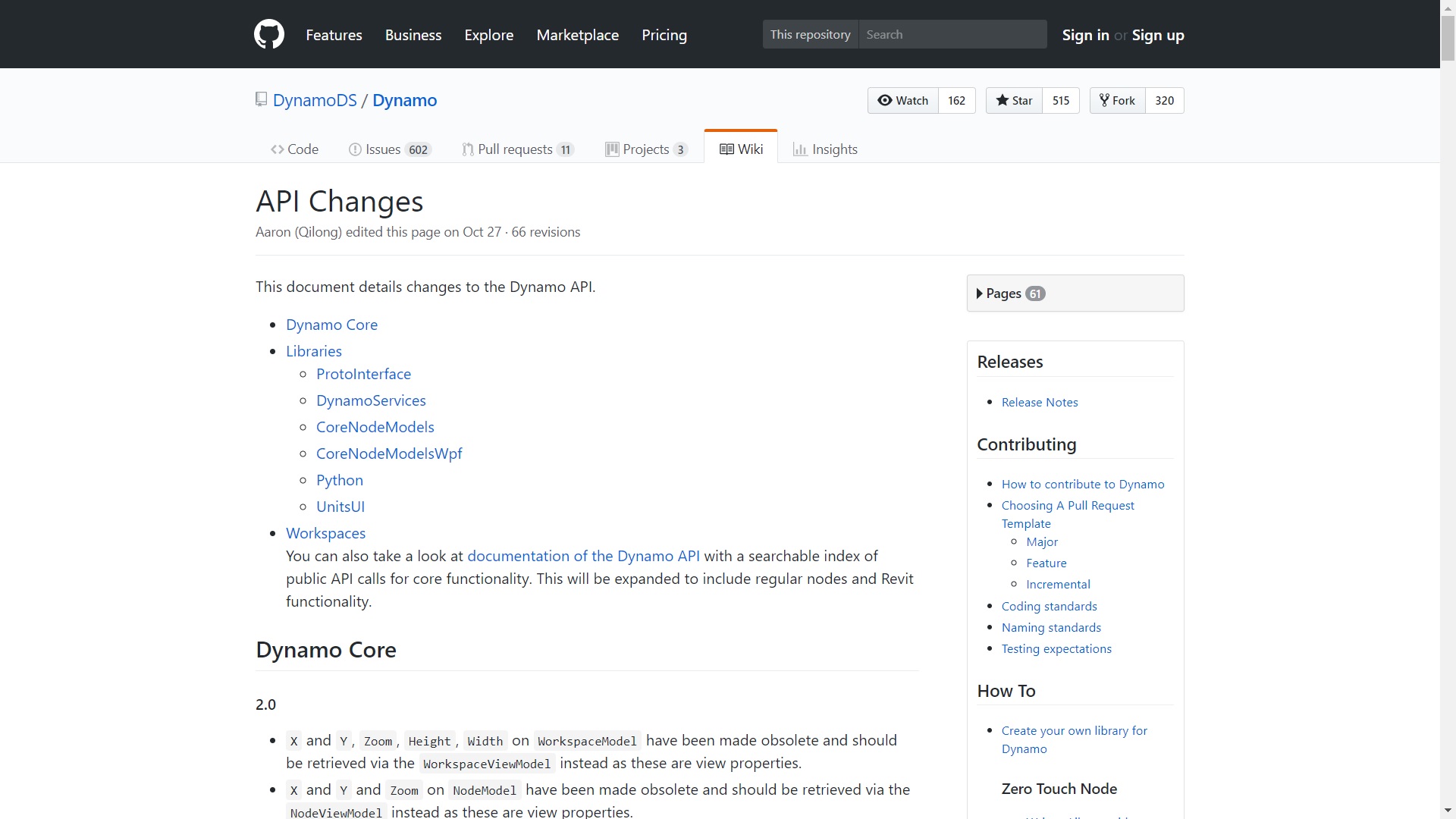 An example of an upcoming, significant change is the transition from XML to JSON file format in version 2.0. NodeModel derived nodes will now need a JSON constructor otherwise they won't open in Dynamo 2.0. 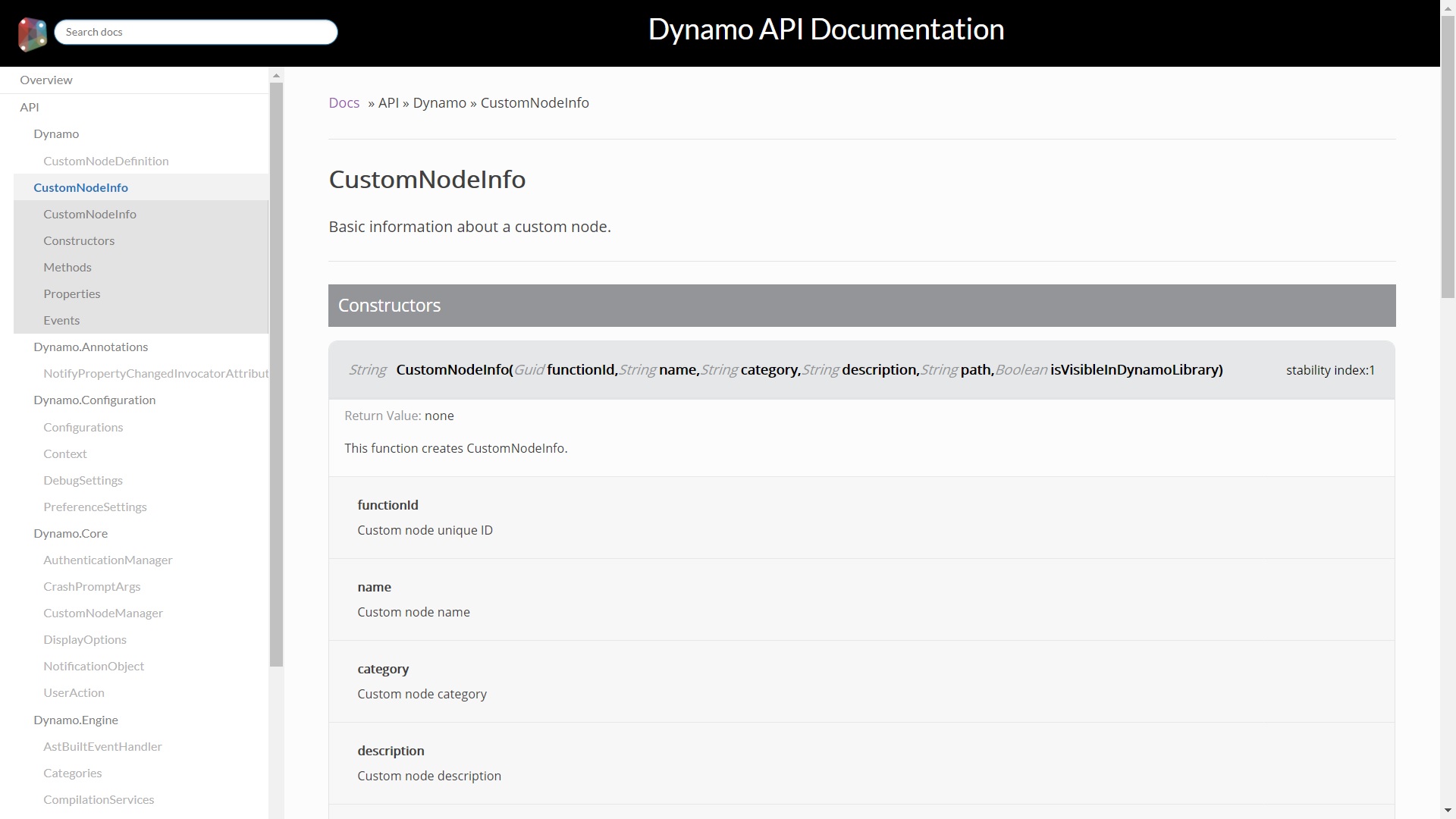 Permission to distribute binaries in a package

Be aware of .dll's included in a package being uploaded to the package manager. If the package author did not create the .dll, they must have the rights to share it.

If a package includes binaries, users must be prompted upon downloading that the package contains binaries.